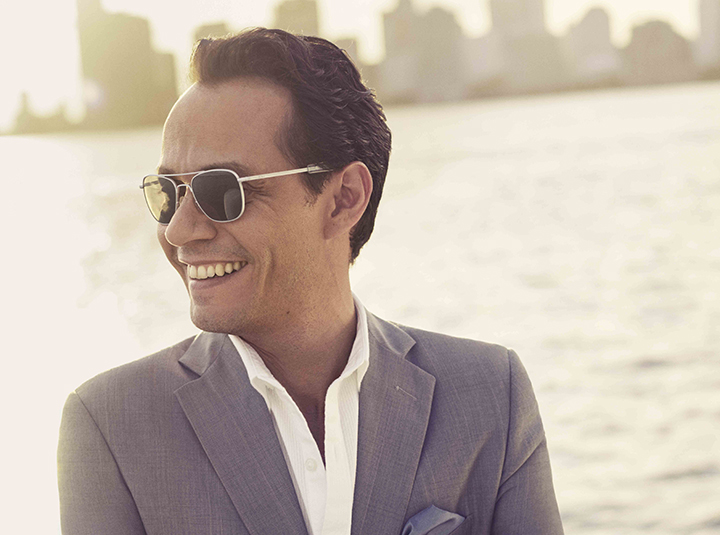 “I’m blessed to be a part of this project. There are millions of children suffering throughout Latin America and the United States. Maestro Cares Foundation is making a positive change in the lives of these children. I look forward to the continuous growth and expansion of the organization. I hope Maestro Cares will inspire others to do the same.”

Marc Anthony, international pop icon and singer, is the world’s best-selling tropical salsa artist and has the most number-one albums on the Billboard Tropical Albums year-end charts.

In April 2015, Marc Anthony added to his success by announcing the formation of a new, diverse entertainment company, Magnus Media, whose operating units include an artist management company, music publishing, digital content creation, film & television, a music label, a sports division and an entertainment-centric marketing practice focused on employing the power of top Latino content creators in the U.S. and worldwide.

Despite all his fame and success in the entertainment industry, perhaps his most important work began in January 2012, when he collaborated with Henry Cardenas to create Maestro Cares Foundation, intended to address the housing, academic and health challenges that orphaned children face each day in developing Latin American countries. 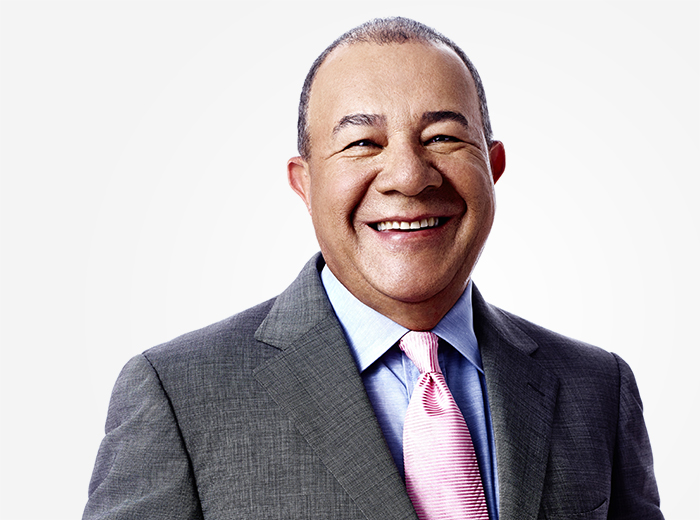 “Maestro Cares is one of the biggest projects ever for me. It’s definitely the most rewarding one because of the benefits it will bring for orphaned children all over Latin America who really need our help. Beyond providing basic needs, I want to increase the academic programs at the orphanages because everyone deserves a good education. That’s a major priority for me with Maestro Cares. It’s very sad when children don’t have the basic needs, like food and clothing, things that we take for granted. Children are full of life and they deserve to be nurtured, in both mind and body. They are our future and we need to take care of them. I’m fortunate to be able to give back. It really is a labor of love. There’s nothing like making a positive impact on someone.”

Mr. Henry Cardenas has been the Chief Executive Officer and President of Cardenas Marketing Network, Inc. since September 2003.

A renowned and respected industry leader, Mr. Cardenas has spent the last 30 years managing, producing and executing some of the biggest and most original live Latin entertainment events in the U.S. and across Latin America. Prior to launching CMN, Mr. Cardenas served for more than 16 years as President and Chief Executive Officer of Cardenas/Fernandez & Associates (CFA). There, he was instrumental in making CFA the largest Hispanic production company of sports, music and other live entertainment events in the U.S. and the Caribbean.

In 2011, he was inducted into the Chicago Entrepreneurship Hall of Fame and in 2015, Billboard named him as one of its Top “Latin Power Players.” CMN continues to increase revenue growth under his leadership and guidance.

Mr. Cardenas has always made giving back to the community a priority, and that is why in 2012, he teamed up with his friend of more than 20 years, Marc Anthony, to create a foundation that would help orphaned and abandoned children in Latin America. 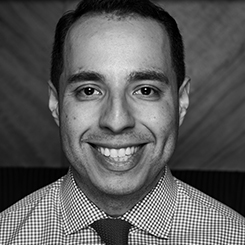 Pete Amaro is the Co-founder and Chief Financial Officer at Luminary Media, a subscription-based podcast platform focused on delivering exclusive podcasting content from the world’s leading creators. Mr. Amaro has spent over 15 years advising, investing and operating companies across the media and technology ecosystem. Pete is also passionate about philanthropy and has dedicated his energy to educational and Latino-focused initiatives. 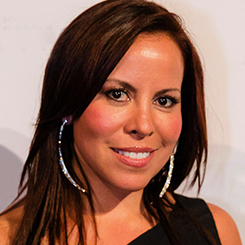 Ms. Sotomayor is the Executive Vice President at Cardenas Marketing Network, where she has worked with many Fortune 500 brands. In addition to her career, Elena is also passionate about philanthropy. She regularly volunteers and mentors children in the Dominican Republic.

A committed, proactive and creative professional, Amalia has been involved in many nonprofits including Susan G. Komen and The DREAM Project and numerous business initiatives. 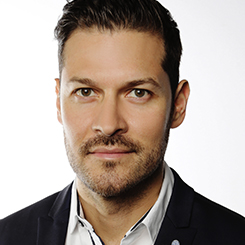 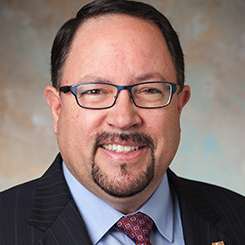 Mr. Unanue is the CEO of Goya Foods and is credited with the company’s booming success. He is also dedicated to ensuring that his company serves others, by giving away millions of pounds of food each year to non-for profit foundations. 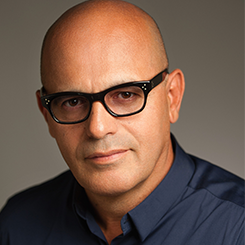 Mr. Zayas is a partner in Looplabs, a collaborative cloud-based music studio that lets anyone, regardless of technical skills or ability, quickly and easily make professional quality music anywhere, anytime and with anyone. 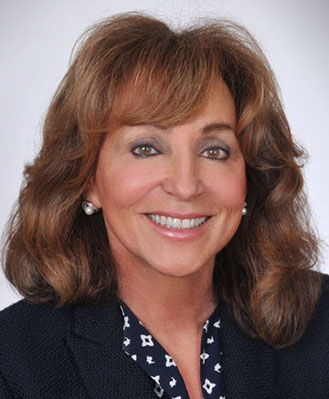 An entrepreneur, mother and philanthropist, Ms. Korman-Zumwalt also founded a regional graphic and printing business, National Graphic Imaging (NGI) in 1986. Martha and her late husband, grew NGI to annual revenues of over USD25 million, and the company became the largest reprographics firm in the southeastern United States.

Among myriad accolades for her success, she earned Woman Business Person of the Year in 1998, and the Tampa Bay Business Journal’s Women in Business Award in 2002. In 2007, Ms. Korman Zumwalt sold NGI to American Reprographics Company (ARC), a NYSE USD 400 million company, where she became Vice President for Business Development. Responsible for top executive level business relationships with current and future national clients, she drove revenue in ARC’s Global Solutions Division from US$7 million to US$73 million in just seven years. 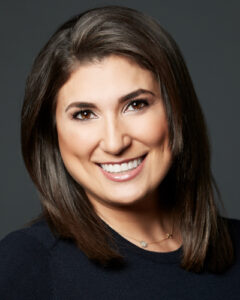 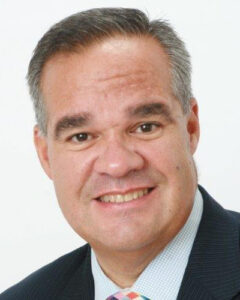 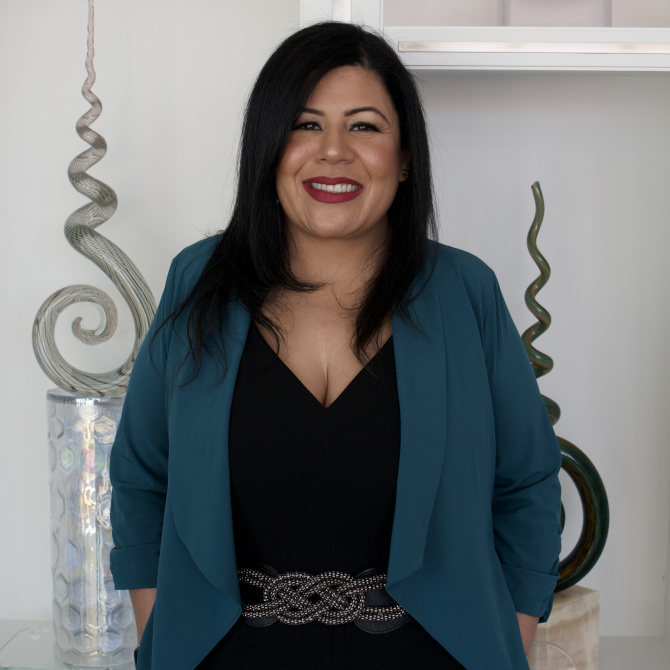 For Zaidy Cárdenas, who grew up in Chicago, taking the reins as the Executive Director at Maestro Cares Foundation is the perfect capstone on a life spent in service. Having volunteered since childhood, it was her volunteer work in the Dominican Republic as a young adult that catalyzed the creation of Maestro Cares. She is a passionate, mission-driven leader that takes a vision and makes it a reality through comprehensive strategy development and organizational management. Zaidy brings years of expertise in event management and marketing and has earned recognition as a leader in her field, participating as a panelist at the 2016 Odyssey Media Business Retreat.
FUN FACTS Expand

Favorite thing about being part of Maestro Cares Team: "Seeing the direct effect that the organization has on the lives of children."

Favorite quote: "Let us not be satisfied with just giving money. Money is not enough, money can be got, but they need your hearts to love them. So spread your love everywhere you go." - Mother Teresa 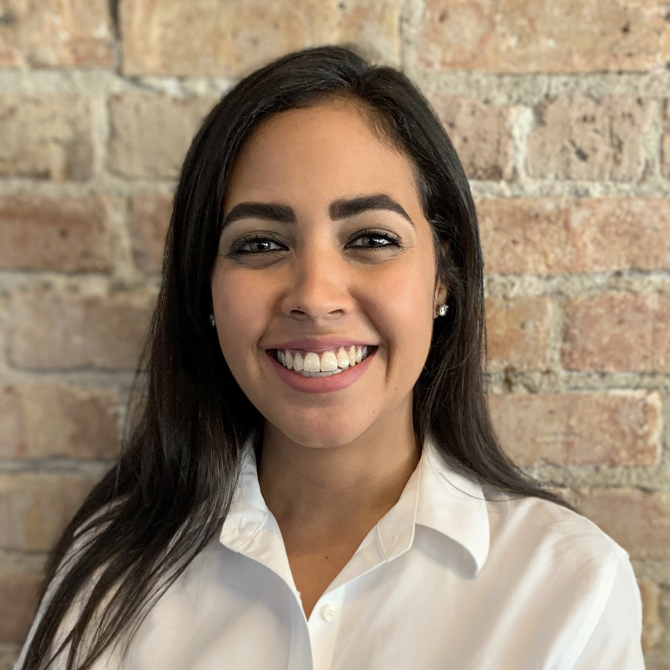 Massiel brings several years of experience in fundraising and non-profit development to the Maestro Cares Foundation team. She was raised in the Dominican Republic and holds numerous degrees and certificates from universities in Switzerland and the United States. She has traveled the world volunteering and giving back to communities; primarily focusing on women and children in need. She is motivated by helping others, and firmly believes in growing by lifting those around her.
FUN FACTS Expand

Favorite thing about being part of Maestro Cares Team: “It’s an honor being part of an organization which works so hard at providing opportunities and education for children and their families all around Latin America and the US. Spending time at our projects and hearing the stories of those directly impacted by what we do is priceless for me.”

Favorite Quote: "Everyone you meet has something to teach you, pay attention." 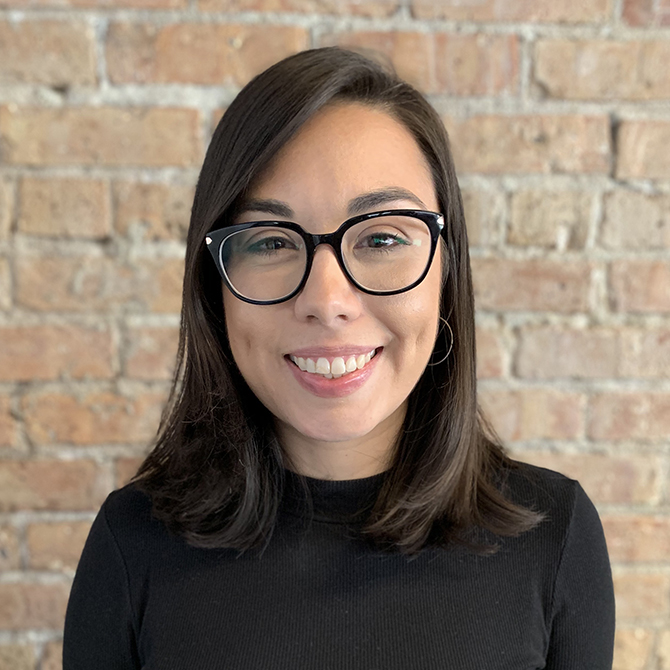 Marisol brings Event Marketing experience to the Maestro Cares team. She’s one of the veterans on the team, and currently helps to manage MCF’s 21 projects. Marisol was raised in Northwest Indiana and has a bachelor’s degree in Marketing and International Business from Indiana University- Bloomington. She loves to travel and explore the world.
FUN FACTS Expand

Favorite thing about being part of Maestro Cares Team: “Wearing many different hats, and of course spending time with the children at the different Maestro Cares homes."

Favorite Quote: “If you’re scared, you are doing something right.” 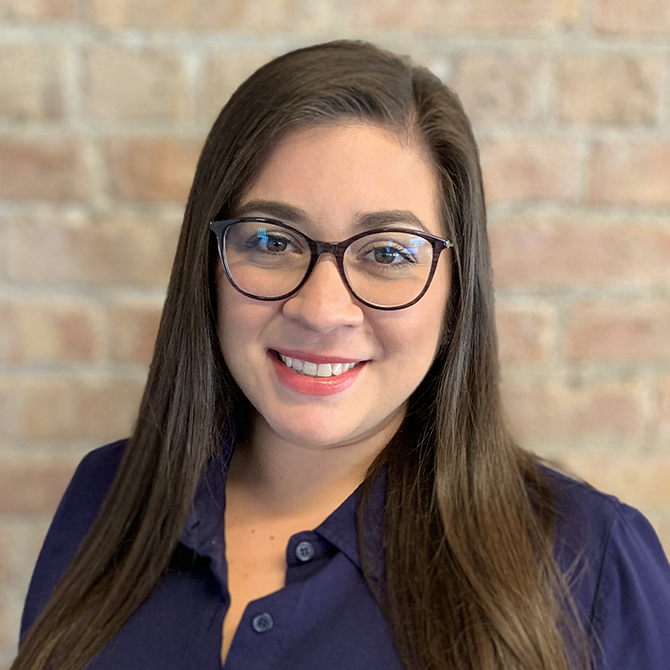 Mariana Gomez is a born and raised Chicagoan with a bachelor’s degree in Advertising and Integrated Marketing Communications. With a background in advertising sales, experiential marketing, and hospitality she has versatile capabilities; essential in supporting the Maestro Cares Foundation team.
FUN FACTS Expand

Favorite thing about being part of Maestro Cares Team: "Being a part of a team that is genuine in their dedication to improving the lives of the most disadvantaged youth in Latin America and the U.S. It is amazing to be a part of the process, see projects go into fruition, and know how great of an impact we are making in children’s lives."

Favorite quote: "When we strive to become better than we are, everything around us becomes better too." - Paulo Coelho 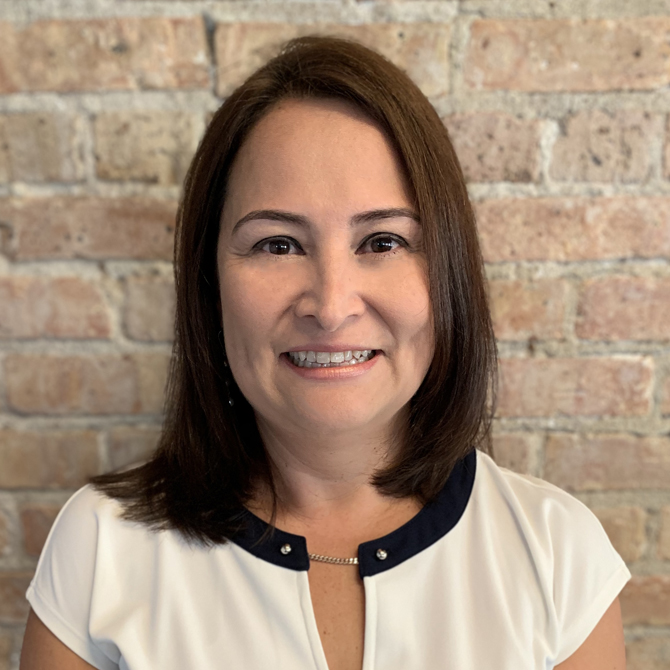 Adriana is a focused, versatile, and persistent professional with more than 15 years of experience in Accounting and Administrative industries. She is an enthusiastic leader and team player, using organizational and planning skills to achieve company goals and provide exceptional customer service. Giving back to the community has always been an important part of Adriana’s life. She started as a volunteer and then became a part of the board of directors at Colombian organization in Chicago “CUPULA”, where she played a key role raising funds and keeping the financials for the organization. Adriana attended the University of Phoenix where she received a bachelor’s degree in Science of Accounting.
FUN FACTS Expand

Favorite thing about being part of Maestro Cares Team: "Maestro Cares is a fantastic opportunity to work and contribute in making the world a better place."

Favorite Quote: “Never worry about numbers. Help one person at a time and always start with the person nearest you.” - Mother Theresa 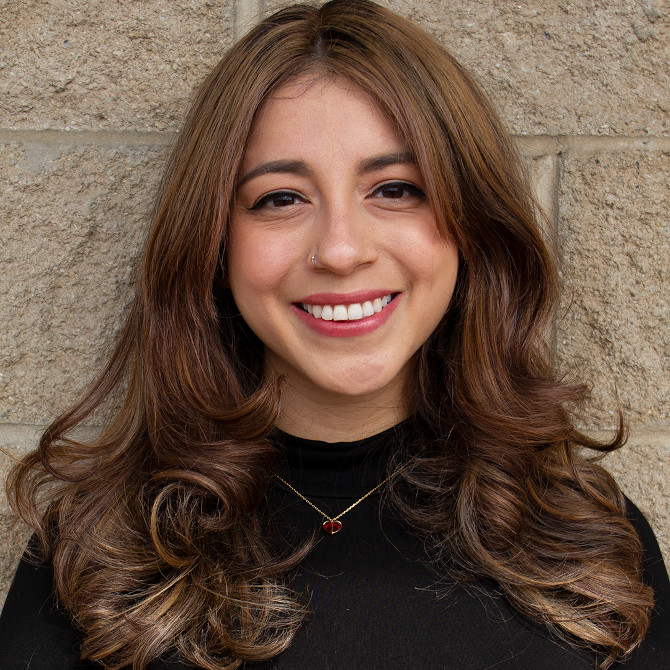 Sandra Lopez brings a background in Marketing, Communications and Social Media expertise to Maestro Cares Foundation. She is a creative leader with several years of experience managing communications and marketing for art institutions, galleries and local art museums. She has a bachelor’s degree in Art History, Theory and Criticism from the School of the Art Institute of Chicago. Sandra is a firm supporter for immigrant and refugee justice, and has been actively involved in advocating for community justice in Chicago and New York City.
FUN FACTS Expand

Favorite thing about being part of Maestro Cares Team: "Being an agent of change! It is amazing to see how our collective work at Maestro Cares Foundation is making a lasting and tangible difference in the lives of children and communities that are often overlooked."

Favorite Quote: "I tell my students, 'When you get these jobs that you have been so brilliantly trained for, just remember that your real job is that if you are free, you need to free somebody else. If you have some power, then your job is to empower somebody else.'" – Toni Morrison

"I’m fortunate to be able to give back.
It really is a labor of love."