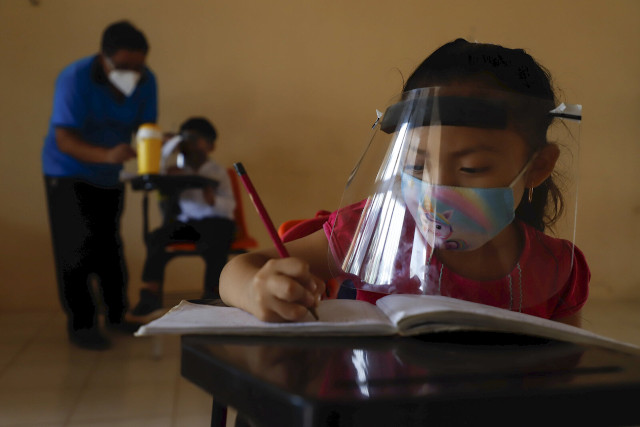 Wearing a mask and a face shield to curb the spread of the coronavirus, 10-year-old Jade Chan Puc writes in her workbook during the first day of class in Hecelchakán, Campeche state, Mexico, on April 19. Via www.npr.org, Martina Zetina/ AP

Despite implementing classroom learning opportunities through digital platforms, radio and television, the disruption of in-person learning is leaving a damaging impact on a generation of students across the region. Every day that a child misses a day of school, they are likely to drop out of the education system altogether. Julie Turkewitz of the New York Times, captured a real-life example of a family in Soacha, Colombia, struggling with the aftermath of the Pandemic’s effects on the schooling system.

Gloria Vasquez is a single mother with two children who have already dropped out of school. As an elementary school dropout herself, Ms. Vasquez couldn’t allow yet another one of her children to abandon the education system. However, her 13-year-old son was quickly losing interest in his schoolwork after two years of distance learning, opting instead to join his uncle in the informal workforce. Ms. Vasquez’ is not alone in her struggle to keep her children in school. Across Latin America, millions of children have already left the school system altogether, estimates the World Bank. While numbers vary by country, the effects are no less felt by vulnerable communities who are facing even sharper inequality.

• Mexico - 1.8 million people abandoned the education system this year due to the pandemic (national statistics agency)
• Ecuador - 9,000 primary and secondary students are out of the education system, with 15% of current students claiming that they have not received ongoing communication from their teachers in the last two weeks. (Unicef)
• Peru - a nation where only 1 in 3 households has access to a computer has witnessed the national drop-out rate surge from 11.8 percent in 2019 to 17.9% in 2020. (Washington Post)
• Guatemala - With indigenous communities facing high levels of economic and social inequality, school suspensions in Guatemala have pushed members of these communities further into poverty. According to Mil Milagros, “only 56% of students living in rural areas graduate sixth grade and just 30% of those sixth graders reach the national standards in reading.”

The above are just a handful of data that altogether paints a picture of the education inequality crisis that Latin America is facing. National governments and education authorities are responding to the growing needs of the community, but many students have already lost “months, or even years of education” with experts predicting a new generation of “lost children”, common in communities affected by the effects of war.

Education and access to a safe and equitable space to learn is a central tenet of Maestro Cares Foundation’s mission.  Since the pandemic, we have donated over $100,000 in COVID-19 relief, which includes tools and state-of-the-art technology to ensure that no child misses out on the opportunity to learn and become a leader in their community. 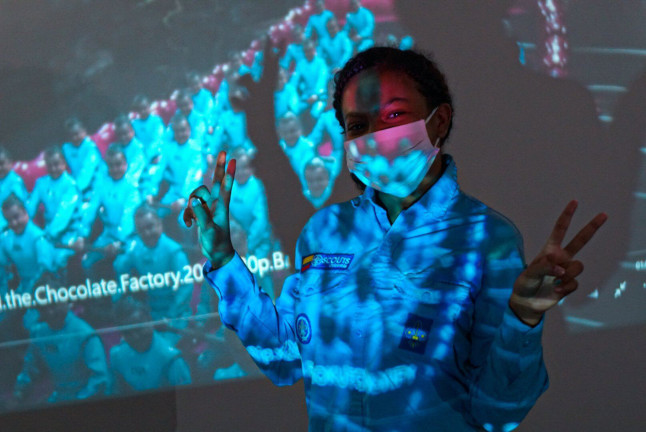 A student from Internado Victor Tamayo smiles in front of the new projector Maestro Cares Foundation donated to her classroom.

Join us in our mission of ensuring that all children have access to safe and equitable learning opportunities. Sign up for our newsletters to hear our monthly updates and inspirational stories of the children and adolescents that we support. Extend your impact even further by becoming a recurring donor! When you join our #LeaveYourLegacy program, you are becoming an agent of change that is helping uplift a generation of deserving youth around the world. Are you with us?

View all posts by Sandra Lopez →